This is a personal sandbox for webVR experiments

Everything is built with A-Frame. Order is chronological. Keyboard shortcuts are largely for development or demonstration purposes. To read design documentation and my process for experiments six and later, see my Medium collection Humane Virtuality. 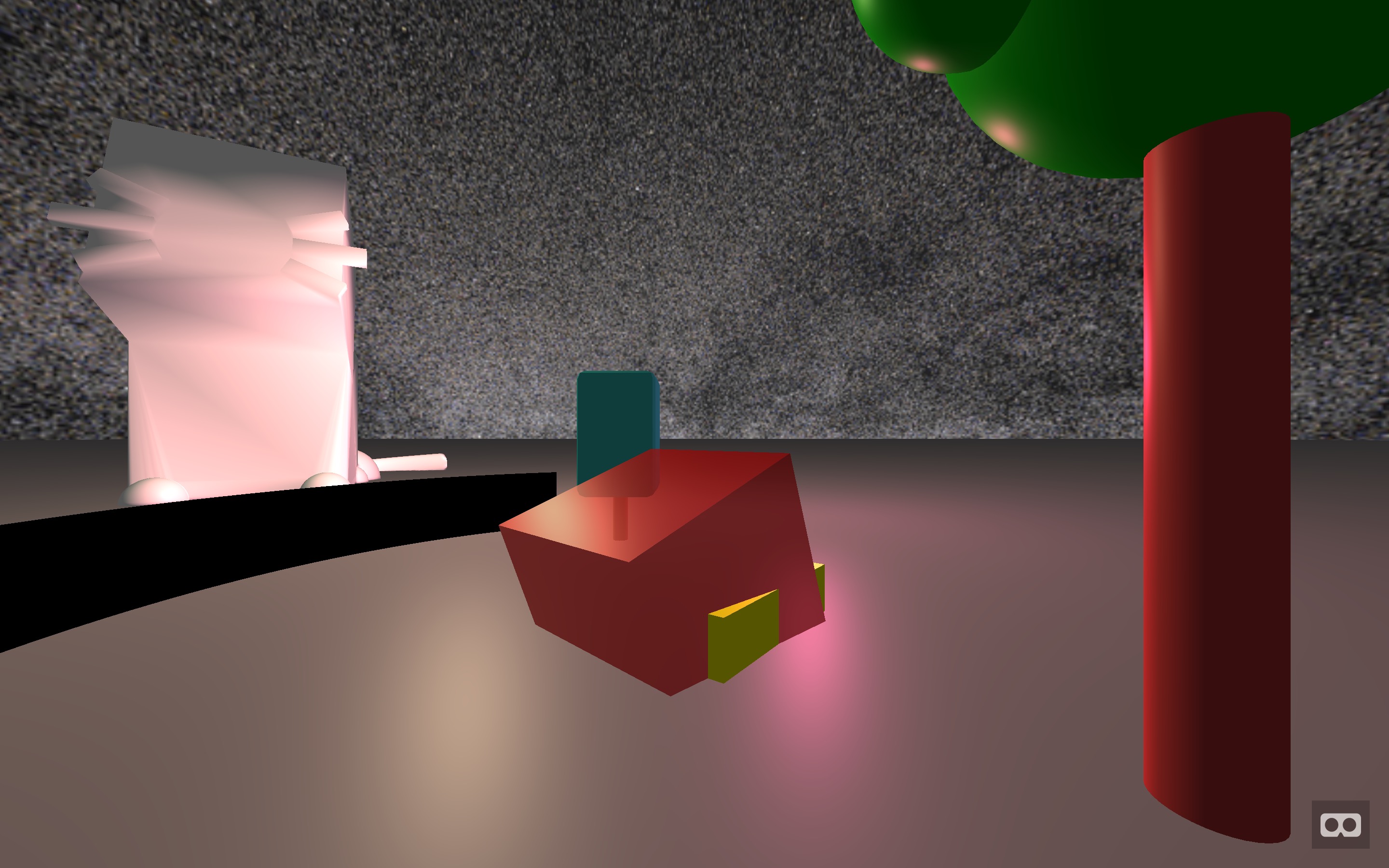 A basic world with random components. Made while learning A-Frame.

Guiding Question: How do I use A-Frame? 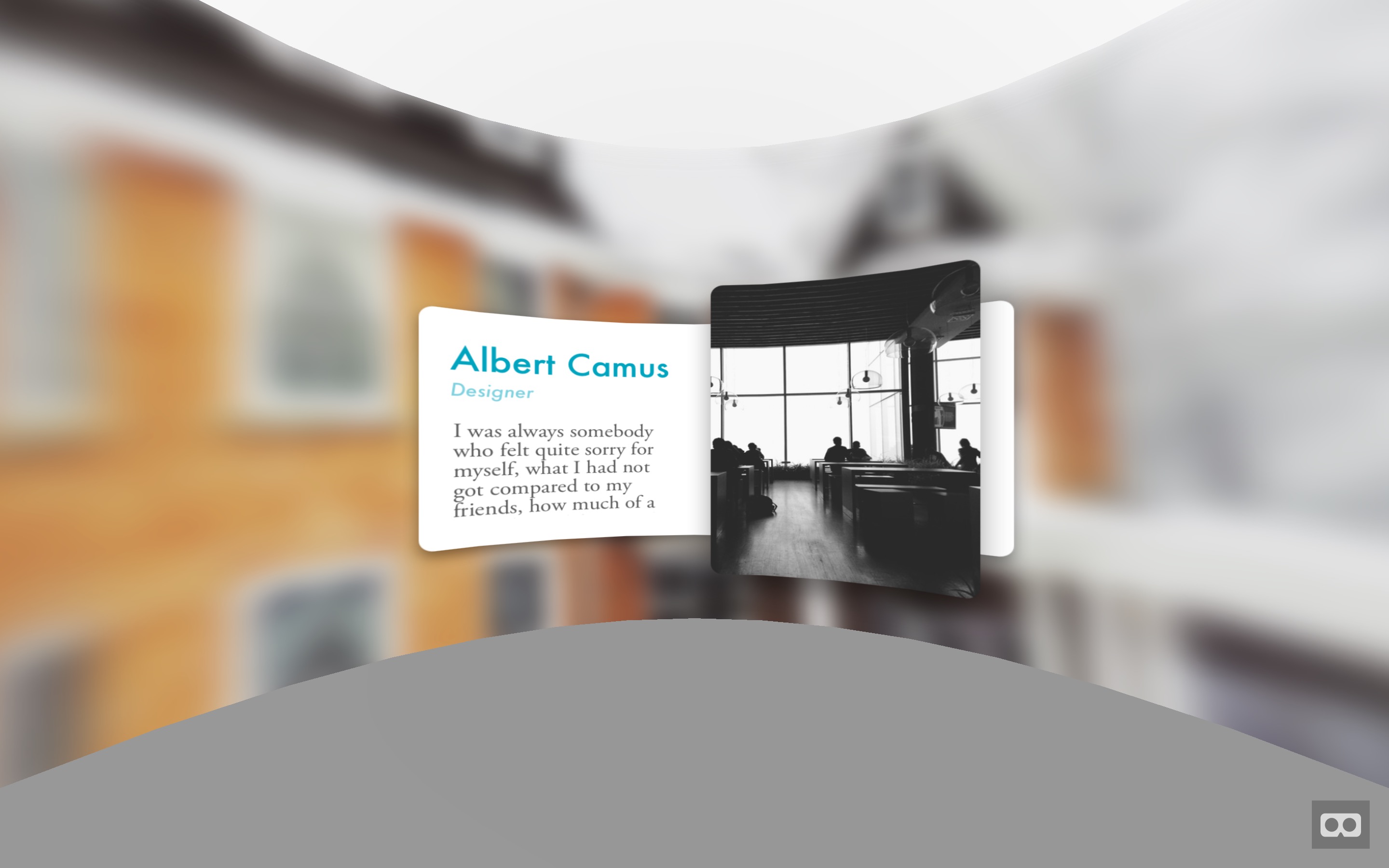 A basic test with cylinder UI.

Guiding Question: How easy is it to create a UI with a single cylinder? 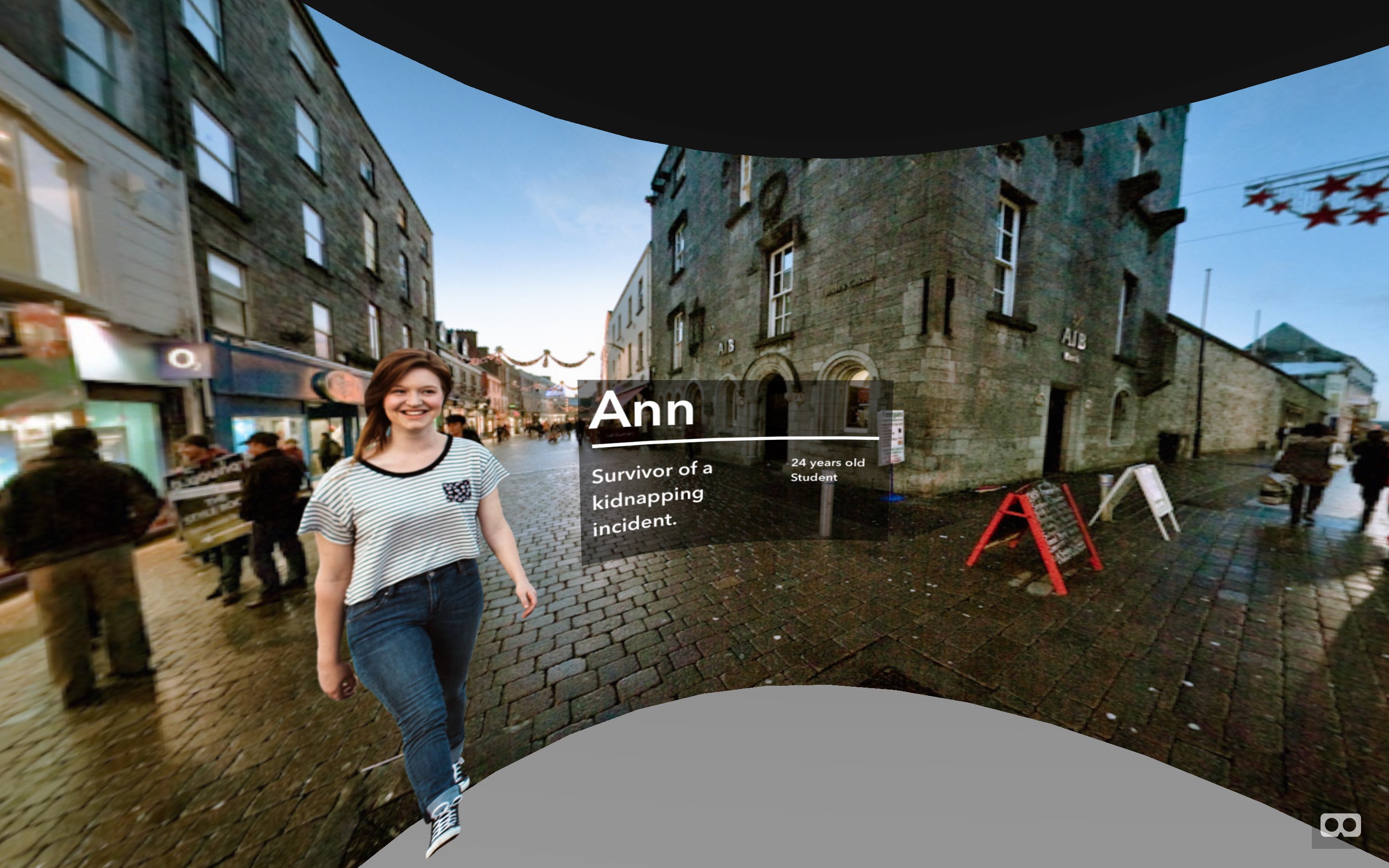 Testing a project for IXDS.

Guiding Question: Is it realistic to use A-Frame in the short timeframe of a class project?

The working model for a class project (IXDS public display).

Guiding Question: Can A-Frame be used to present designs for an installation piece in a museum? 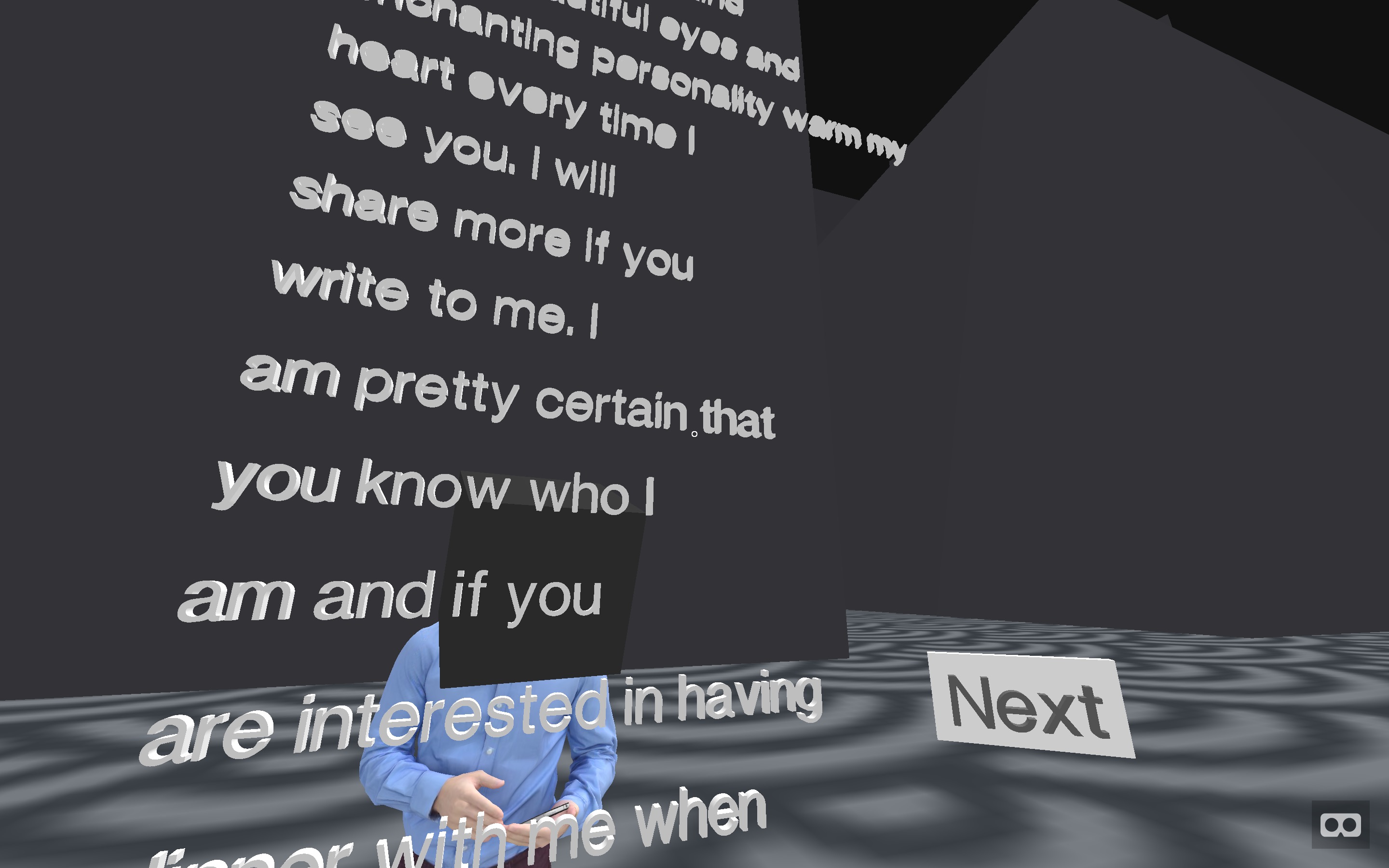 Experience the missed connections section of Craigslist in a surreal city environment. Prototype and final presentation for a class project (Programming Usable Interfaces).

Guiding Question: Given (another) short timeframe, can we build more with in A-Frame than with Swift?

For headsets without positional tracking (e.g. Google Cardboard), how can we allow position-esque movement? In this set of experiments, the blocks mutate based on the selected transformation.

Guiding Question: Can head rotations be tied to an object to allow position-esque movements?

Looking at the differences in prototyping with a single planar mockup, a curved mockup, and a three dimensional mockup.

Guiding Question: What can be learned by taking a design from the web and translating it into VR? 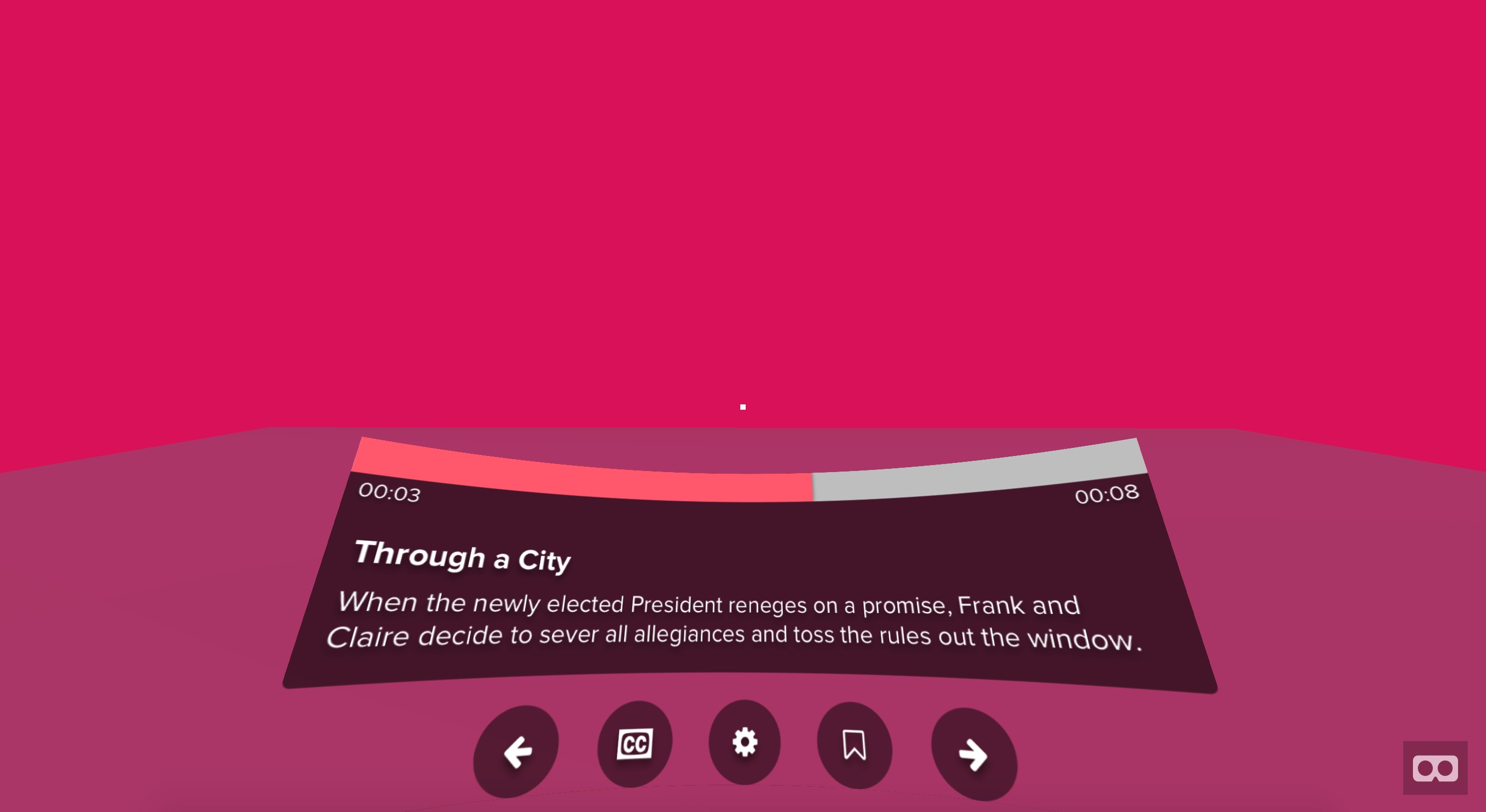 Guiding Question: How do controls for videos change when the content is all around you? 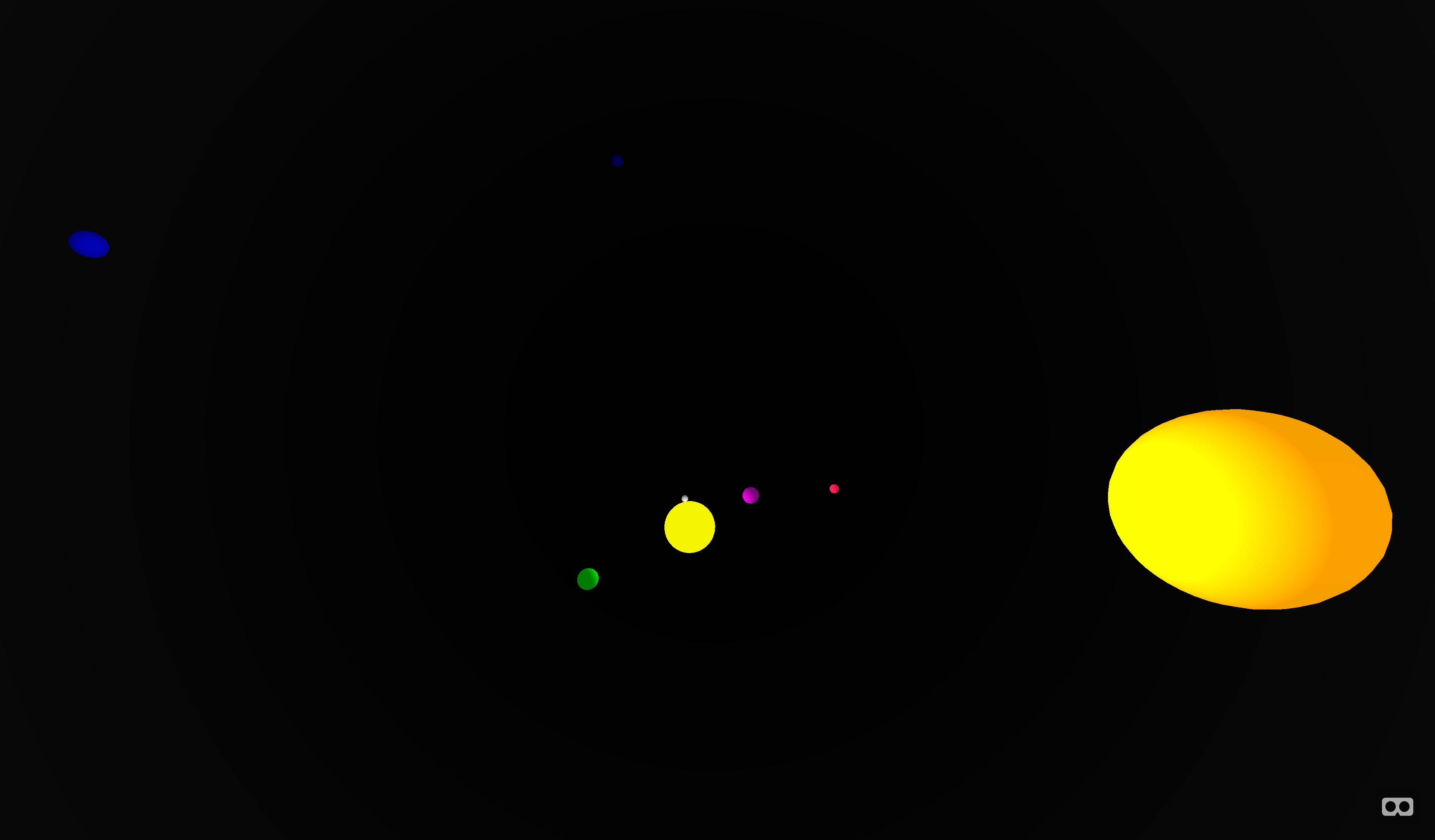 After hearing a podcast on SpaceVR, I was inspired to create an experience based on their project. However, for this prototype, I decided I was building in the wrong direction. So, I wrapped it up and started work on experiment 10. It now stands as a solar system simulator, with scaled proportions.

Guiding Question: What does it feel like to see earth from a satellite point-of-view?

This is my second attempt to build a SpaceVR simulator. This time, I had a clearer project in-mind: less robust, more to the point. This time it took me less than two hours to throw it all together.

Guiding Question: What does it feel like to see earth from a satellite point-of-view?

Guiding Question: What are the best ways to move in VR without position controls?

Devs: Each transition can be selected by passing its name into settings.transition. Short and long alternatives are available for each transition as well with the exception of the individual Jump and Fade transitions.